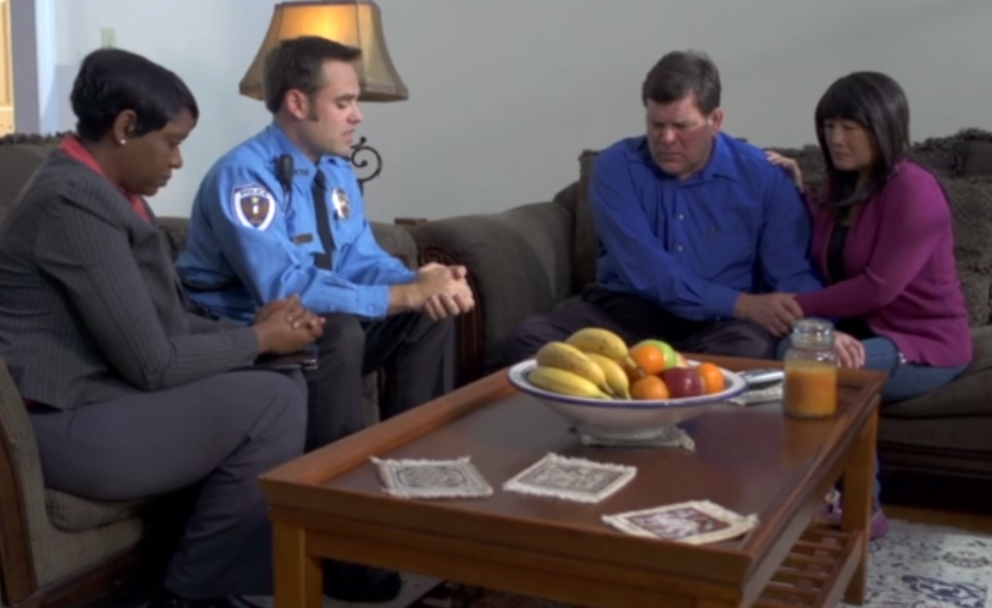 UNIVERSITY PARK, Pa. – Thanks to Penn State and the FBI, a tool is now available for law enforcement officers to better deliver death notifications.
The We Regret to Inform You training module provides the resources to offer a death notification with professionalism, dignity and compassion.
It’s available online at http://deathnotification.psu.edu for law enforcement officers, victim advocates, chaplains, medical examiners, hospital personnel and anyone else who may have to deliver this type of difficult information.
“How a person receives the death notification actually will change how they process the death,” said Rebecca Bywater, director of threat assessment and community education at Penn State. “If they’re given an insensitive or misinformed death notification, a lot of times they’ll have a more difficult time. By providing the proper resources and creating best practices, we can help victims’ families better cope with the situation.”
Penn State and the FBI created a curriculum built around four steps: planning, preparing, delivery and follow-up. The module includes an impact video featuring a testimonial from a mother who received a death notification when her 15-year-old daughter was murdered and fictional notifications filmed locally. WPSU Penn State produced both.
"Our goal was to humanize the process,” said WPSU Penn State producer Kevin Conaway. “A great amount of time and care was dedicated to portraying scenarios as realistically as possible. The training scenes were filmed in actual homes, actual police uniforms were used, and actors spent time with officers and victim advocates. We also spoke with victims' families to show how important the death notification process is for those affected by tragedy."
The training addresses multiple issues that can arise, such as giving a notification to children, informing those with disabilities and handling language barriers and cultural differences. It also addresses how information is rapidly and sometimes erroneously distributed through social media after a tragedy. Participants may download a pocket guide with a script for delivering a notification, a handout listing common reactions to trauma, materials to provide families and a certificate of completion.
Because it’s online and can be completed in about 45 minutes, Bywater said the program is accessible to busy workers on the clock at all hours.
The FBI kicked off We Regret to Inform You with an event April 23 at headquarters in Washington, D.C. Attendees included FBI Director James Comey as well as Tryone Parham, Penn State’s chief of police.
"For families, the notification of a death is the start of life without that loved one,” said Kathryn Turman, assistant director of the FBI’s Office for Victim Assistance. “It is an unforgettable moment and we need to deliver this information in a compassionate, professional and dignified manner.”